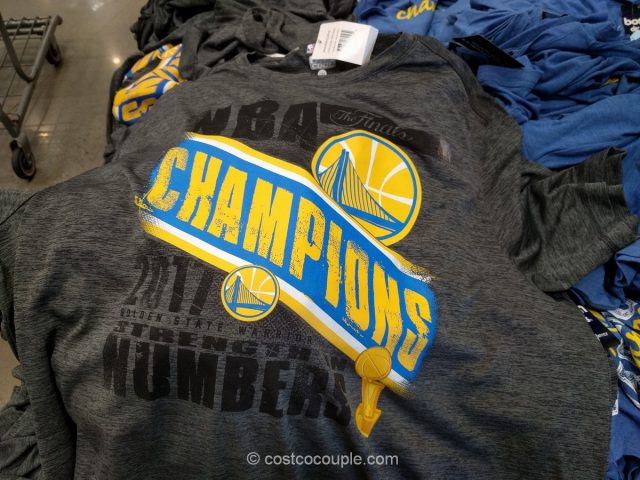 There’s one design for men and one for women.

Both have the words “2017 NBA Champions” and the Warriors logo on it.

The men’s is a dark grey T-shirt with crew neck.

The women’s is a blue V-neck t-shirt and is slightly fitted. 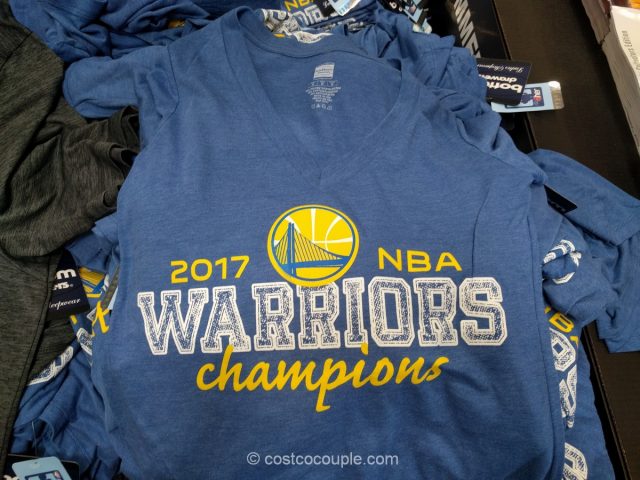 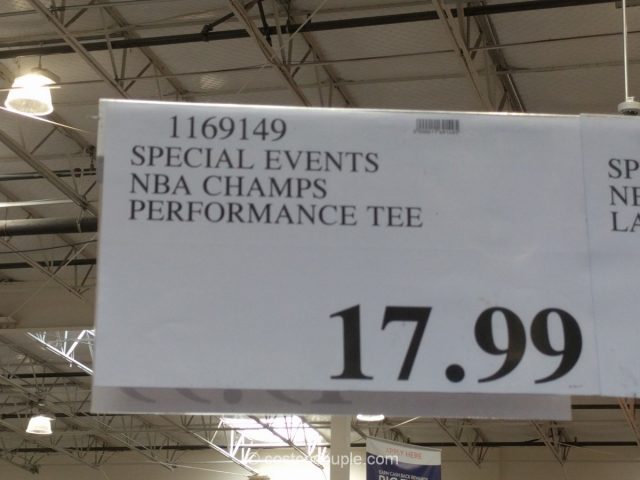 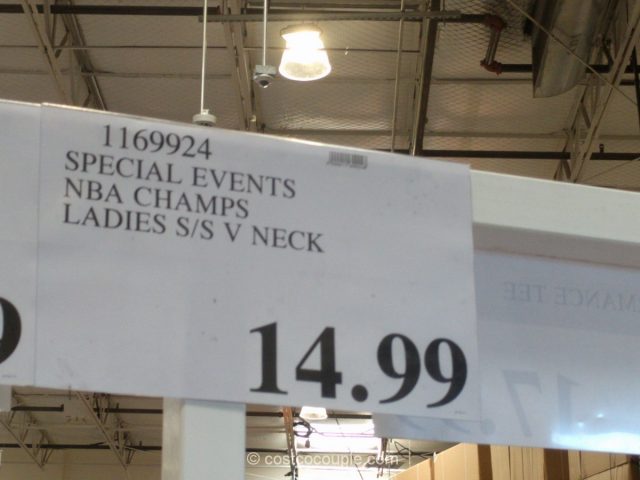