I had to make a mid-week stop at Costco to pick up some pasta sauce and was really surprised to see an Ahi Poke special kiosk in the store!

There were 4 different types of poke available:

There was also a Garlic Shrimp Poke available.

Ahi Poke is pretty much our daily lunch when we’re in Hawaii so I was really happy to see it here on the mainland! I bought the Ahi Shoyu and Ahi Limu Poke and we had them for dinner tonight 🙂

The Ahi Shoyu Poke is pretty much the traditional or standard poke with soy sauce and sesame oil. It was good but the Ahi Limu Poke was slightly better. It had the Hawaiian seaweed in it and some pepper too so it was slightly spicy as well.

While I love spicy food, I’m not a big fan of wasabi so I passed on that. The spicy Ahi Poke looks good but it had a mayo base so I didn’t get that either. 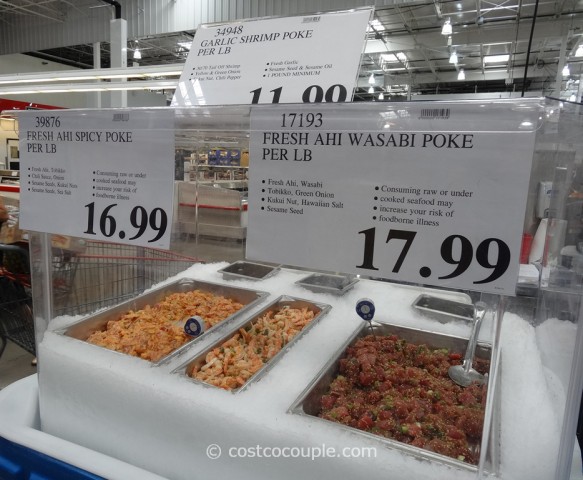 Below is the Ahi Limu Poke: 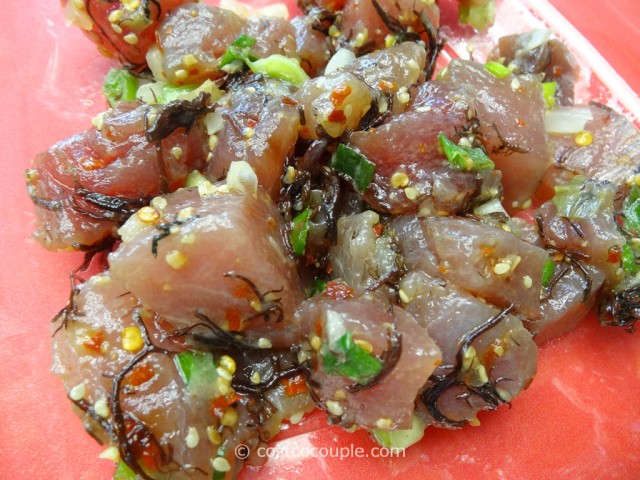 And here is the Ahi Shoyu Poke: 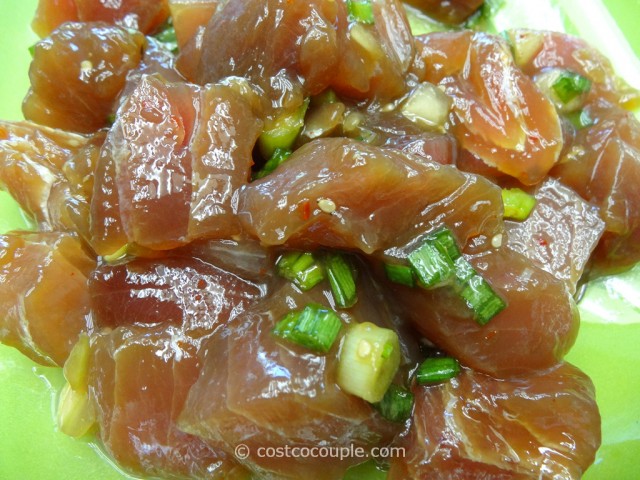