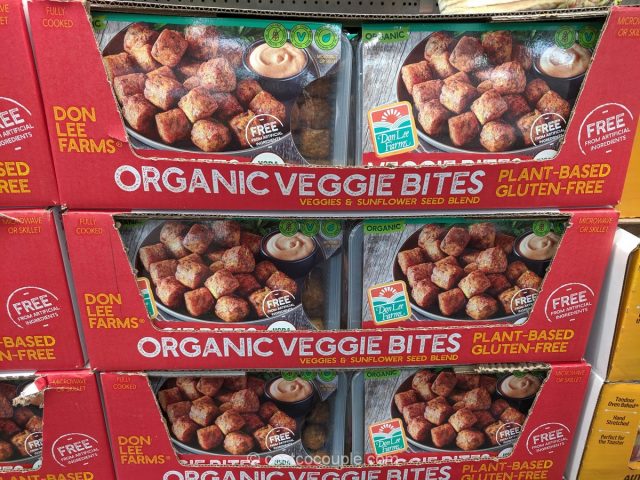 I think they’ve changed their recipe a little and removed egg whites from the ingredients so these veggie bites are now vegan.

There’s 2/3 cup of veggies in each serving, which is 6 pieces.

We’ve tried various Don Lee Farms products that have appeared in Costco over the past year and they’ve all been good including the veggie bites.

There was only one that we didn’t like as much and that was one type of their frozen veggie burgers that had brown rice in the ingredient list. We currently have a box of their Don Lee Farms Organic Superfood Burgers in our freezer and those are very good too.

There’s currently a $3 instant rebate which reduces the price to $6.99. 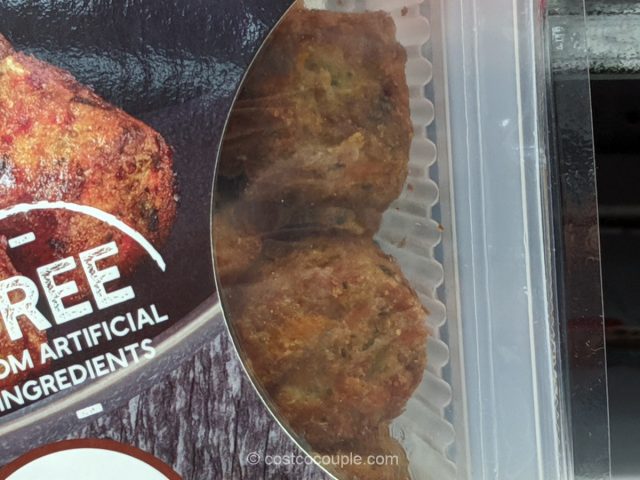 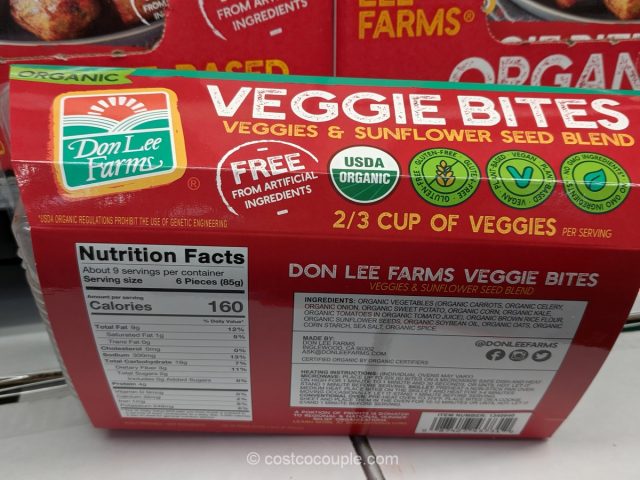 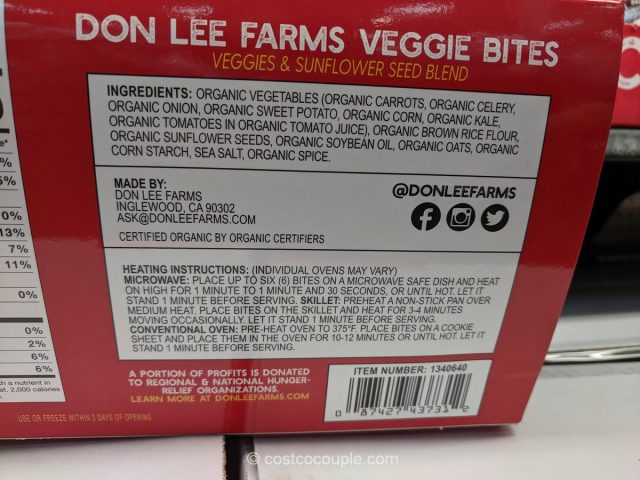 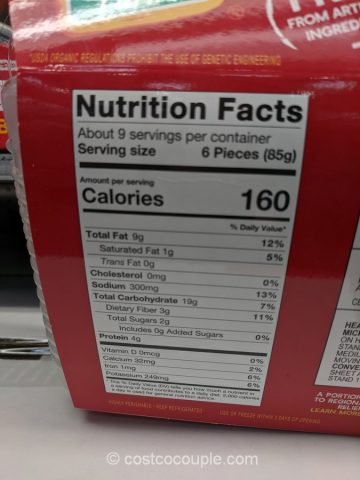 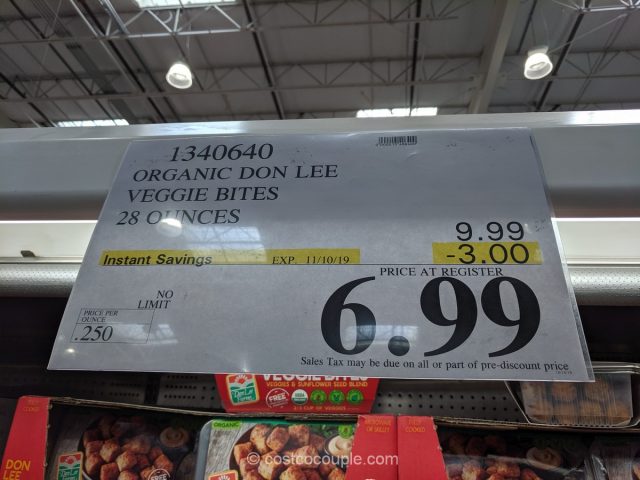