So I was browsing Costco’s “What’s New” page when a diamond ring caught my eye. Yes, it’s a beautiful ring…but there’re always many gorgeous diamond rings on Costco’s website so it wasn’t really that… 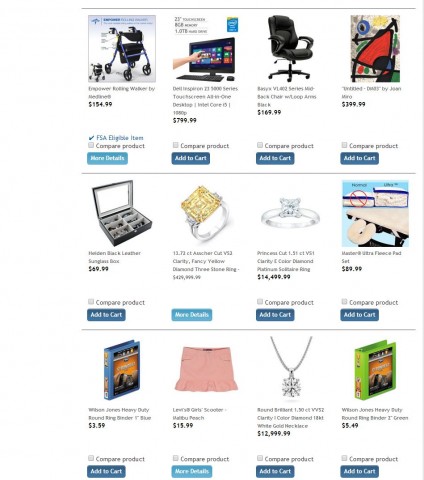 It was the price! See the yellow ring in the photo above?

I thought we should write a post to “commemorate” the most expensive item that we’ve seen at Costco.com….so far…..

Anyway, there’s only one of it available and it’s actually been valued at $595,000. So if you’re thinking of getting it, don’t let someone else beat you to it 😉

Go to Costco’s page below:

What’s the most expensive item you’ve ever seen at a Costco store or Costco online? 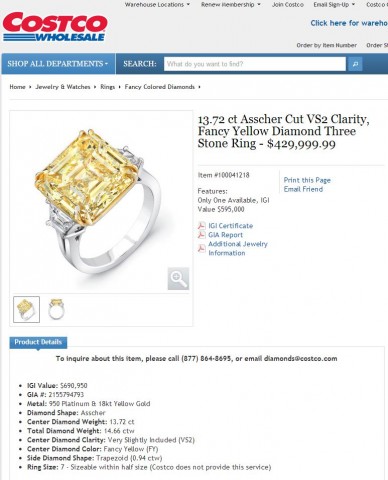