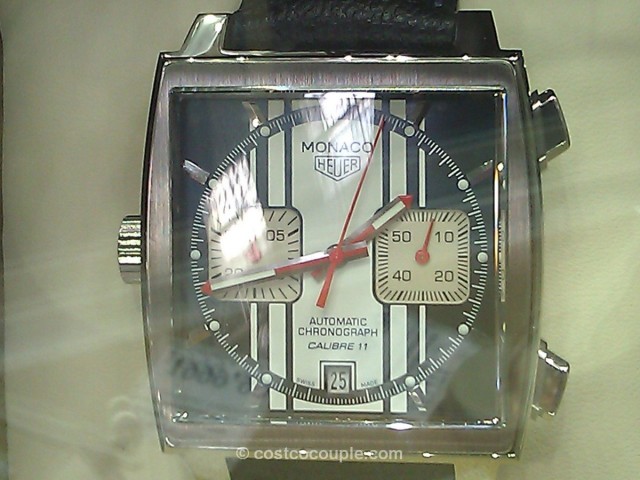 This is similar in shape (square), but not identical to the model CAW2111.FC6183, which was featured in the great TV series “Breaking Bad”.

That was the watch that Jesse gave to Walt as a 51st birthday gift.  Steve McQueen also wore this watch in the 1971 film “Le Mans”.  Hopefully at some point, Costco will carry this exact model.

Back to the model at Costco.  It has white racing stripes lengthwise on the blue face, and the main crown on the left side instead of the right.  These seem to be the main differences between the two models.

Model name, number and features have not been verified nor confirmed.

Please research and confirm the model# and features if they are important to you. 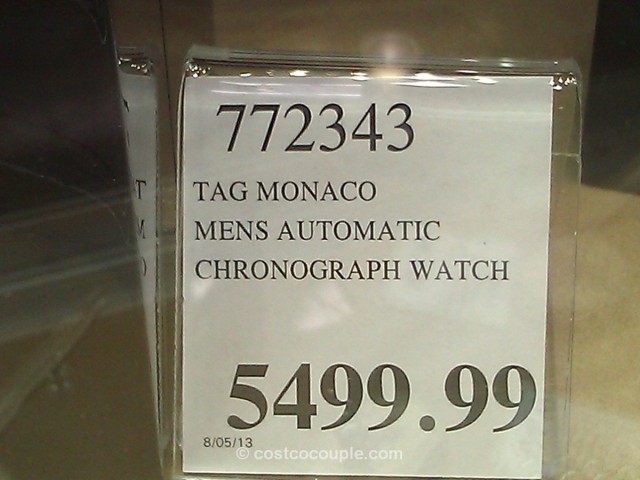