This is an annual seasonal item at Costco. The Miracle Gro Moisture Control potting mix show up at Costco generally in Jan/Feb here in Northern California. This is a 55 Quart Bag and sells for $9.99 at Costco.

To make it harder for us consumers to compare costs, it is sold in Home Depot in 64 Quart Bags. As you can see below, the 64 Quart bag sells for $14.97 at Home Depot. 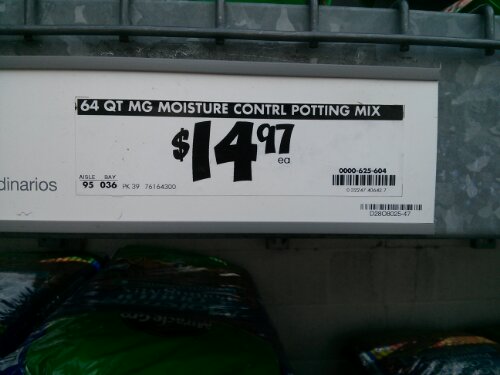 But it is only sold in the spring. So load up a few bags if you’re a gardener, enough to last you till next year! 😉