The Bosch Universal Plus Kitchen Mixer has a rather different design from the standard KitchenAid mixer that we’re used to. 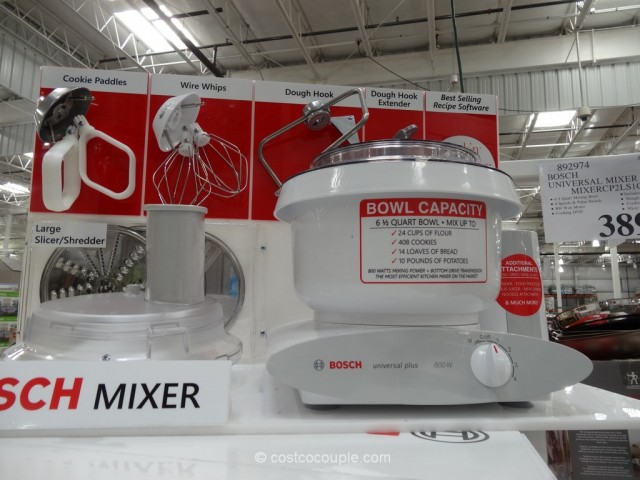 Power for the KitchenAid mixer comes from the top. The motor is in the head which you generally tilt back to access the bowl (though there are now versions where the head is stationary and the bowl moves up and down instead).

This Bosch mixer has the motor at the bottom with a belt-driven transmission.

While they claim it’s more efficient, it’s probably up to the user to decide which design is better.

The attachments like the wire whip, dough hook, and flat beater/paddles all look different as well.

The Bosch mixer actually come with twin wire whips/whisks and twin cookie paddles. The demonstration video showed how the Bosch mixer was able to whip up just 1 egg white with its twin whisks while the KitchenAid mixer wasn’t able to.

The mixer comes with a series of attachments including slicer/shredder blades which turn the mixer into a food processor as well.

The Bosch Universal Plus Kitchen Mixer is priced at $389.99. 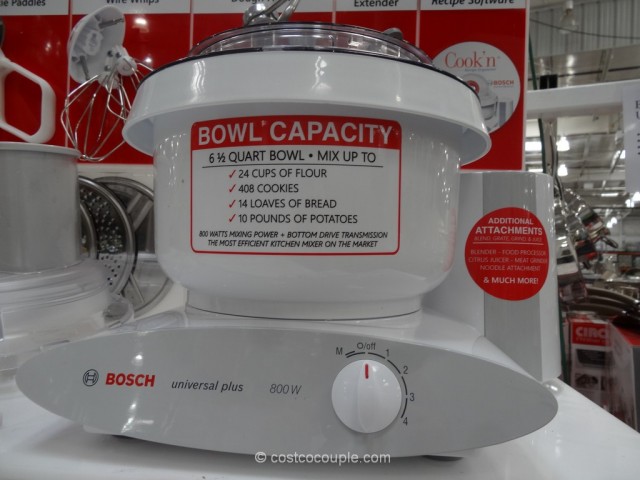 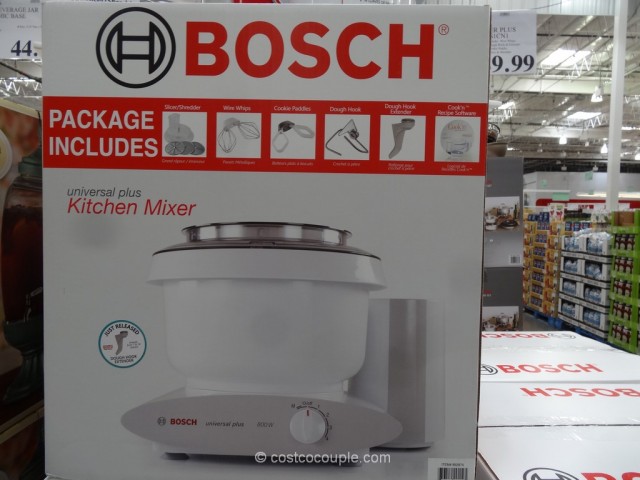 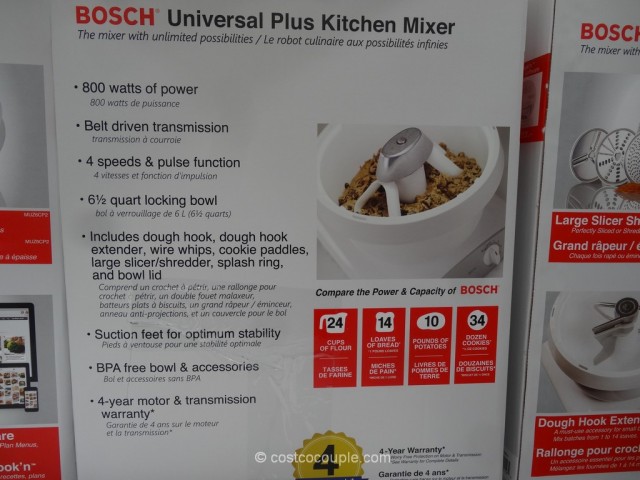 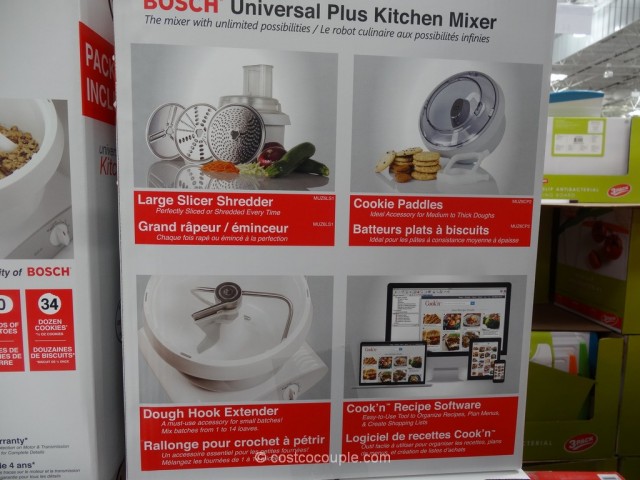 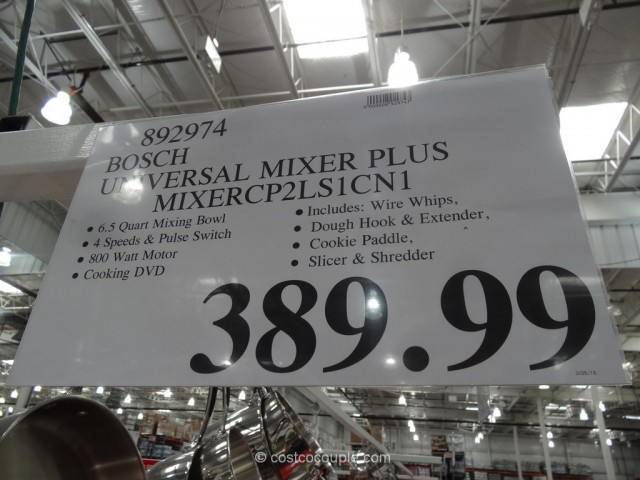