I was talking to my mom and she asked if there were any new plants at Costco. I said no but later I realized that wasn’t true. Costco has had these Bromeliad in Decorative Wood Pot for a few weeks now. I had seen them in passing but did not take a closer look at them. 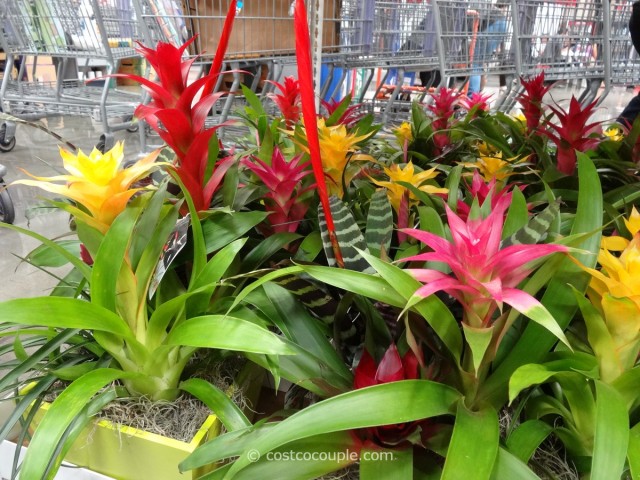 I took some photos and later searched Bromeliad because I didn’t know what they were.

Well, it turns out that the most well-known bromeliad is the pineapple! So I should know what they are!

They are supposedly easy to grow, require very little care, and reward the grower with colorful, long lasting blooms and ornamental foliage.

As you can see in the photos, they’re just bursting with colors – red, yellow, pink and green.

The Bromeliad in Decorative Wood Pot is priced at $18.99.

Have you seen this item at your store? 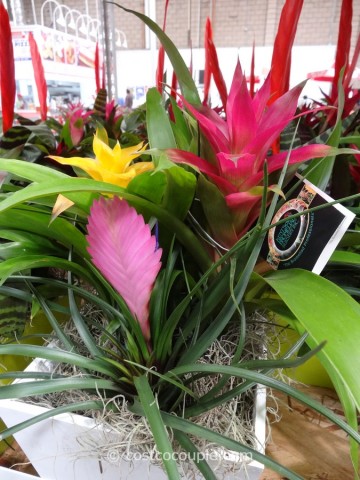 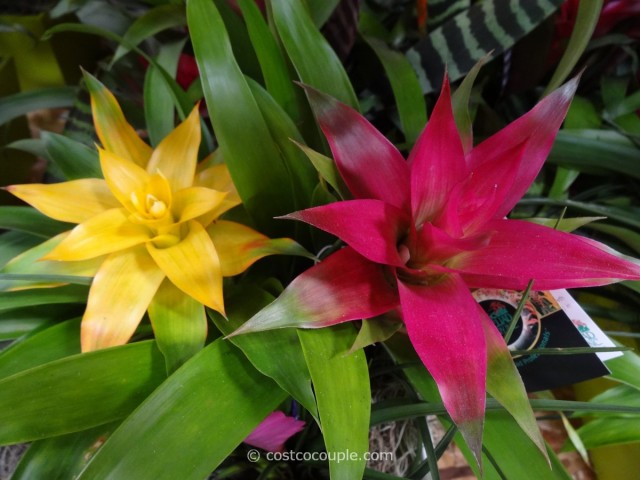 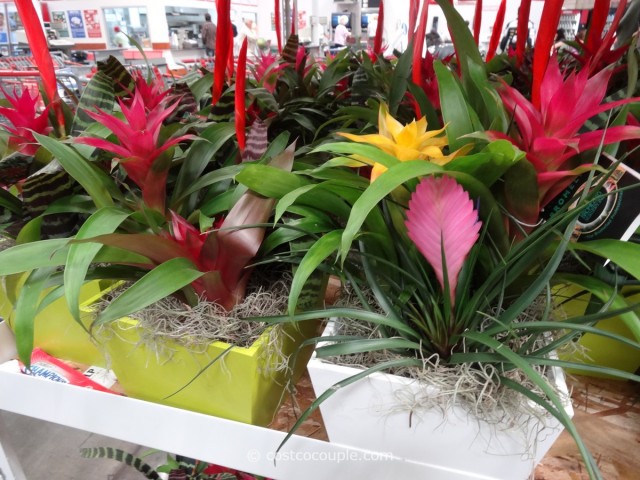 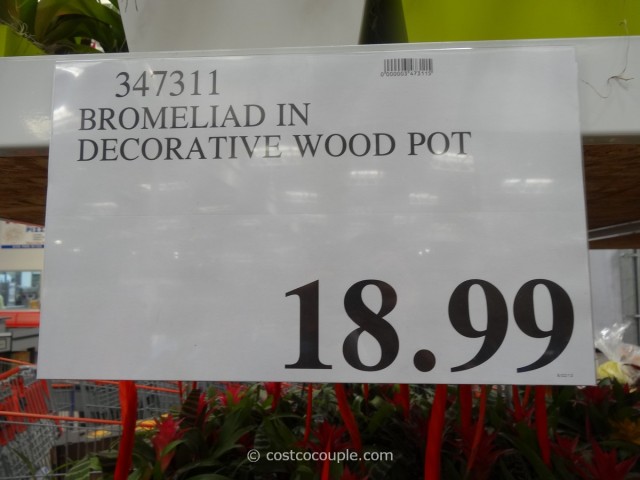