This is an alert to anyone who owns a Cuisinart food processor. There’s been a voluntary recall on riveted cutting blades in certain Model and Series Numbers of Cuisinart Food Processors.

There’s been certain instances where the “riveted blade can crack over time and small metal pieces of the blade can break off into the processed food. This may pose a laceration hazard to consumers.”

But go to the website anyway (link below) and use the form to select your model# just to be sure.

If your model is part of the recall, fill out the form to receive a free replacement blade. You can also contact them by phone if desired.

We have an older Cuisinart food processor and it’s part of the recall. So I’ve gone ahead and filled out the form and received an email confirmation that Cuisinart will send out the free replacement blade. 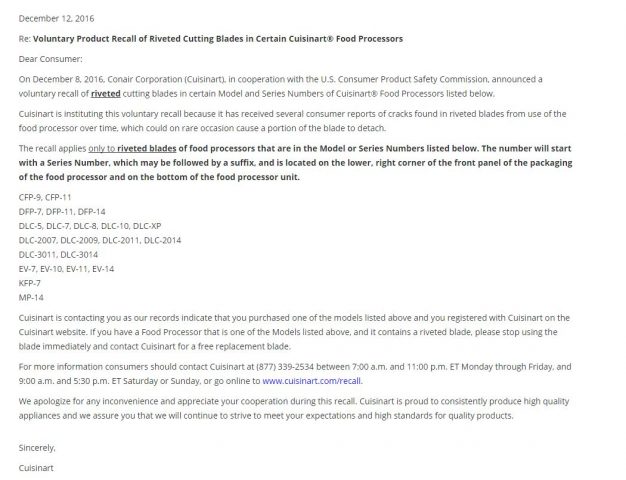 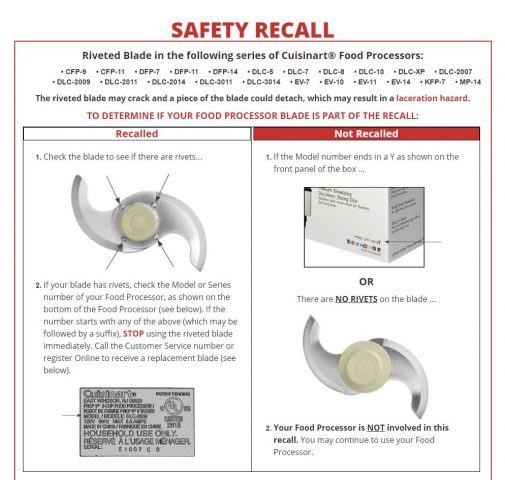