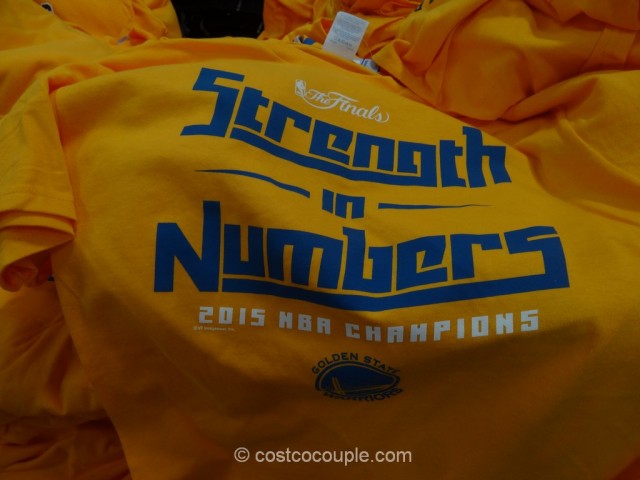 Costco has the Golden State Warriors 2015 NBA Champions T-shirt so if you want a little souvenir to remember the occasion, head to Costco and grab a T-shirt before it’s gone.

There are at least 2 or 3 different designs available. One has the “Strength in Numbers” logo and the other has “Golden State” with the NBA ring as the “O”. 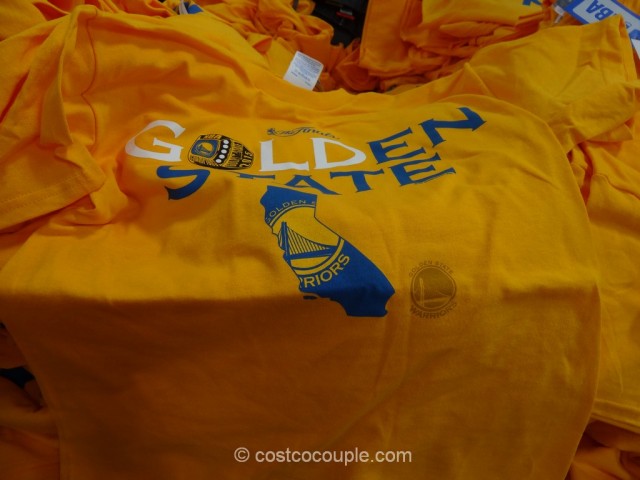 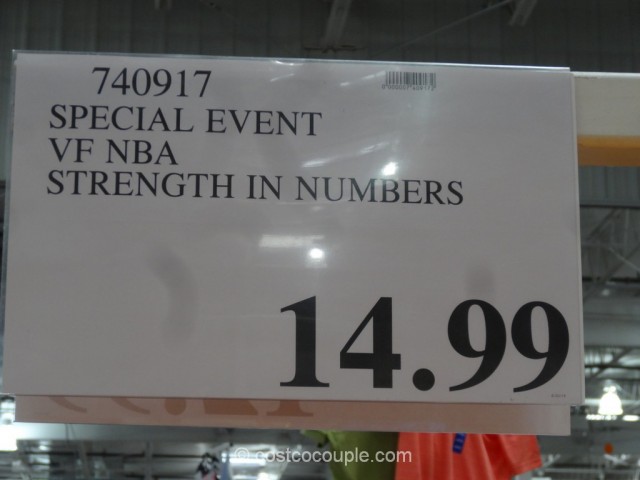