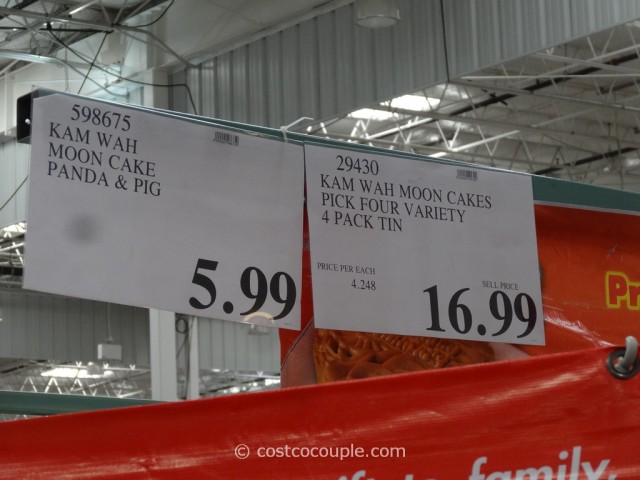 PUBLISHED 08/18/13: The Mooncake Festival or Mid-Autumn Festival falls on September 19th this year. which is about a month away. That’s why you might see the Kam Wah Moon Cakes at your Costco. 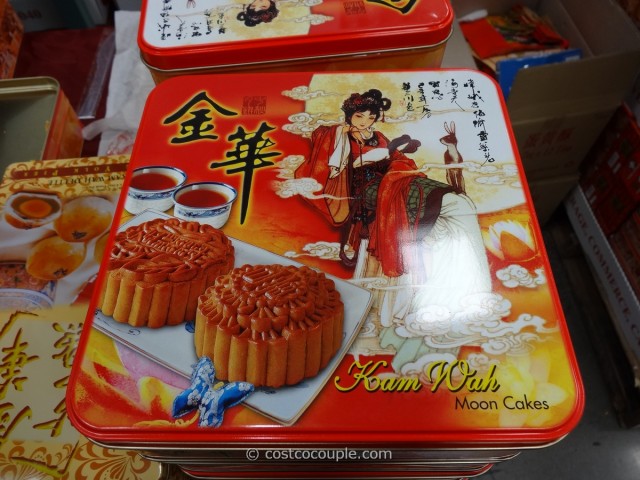 The SF Bay Area is home to many Asians who celebrate this popular festival, second largest after the Chinese New Year. For several years now, we’ve seen moon cakes at the San Jose Costco around this time.

The moon cakes are available in a 4-pack with assorted fillings e.g. lotus seed paste, red bean paste, mixed nut, all with 1 yolk or 2 yolks or a vegetarian option it seems.

I think in the weekend, there’s a lady who’s stationed there and you can tell her which types you want, mix and match for your 4-pack. If there’s no one working, then you’ll have to choose one of the prepackaged tins.

This year, there’s also a smaller option of 3 golden pigs or panda moon cakes. They have lotus seed paste or mung bean paste in them, at least that’s what the lady told us.

The Kam Wah Panda or Golden Pigs Moon Cake is priced at $4.99.

We purchased the Panda Moon Cakes today. We didn’t have time to devour them today but will probably do so tomorrow. I will update with photos soon 🙂

Have you seen this item at your store? Have you tried moon cakes before? 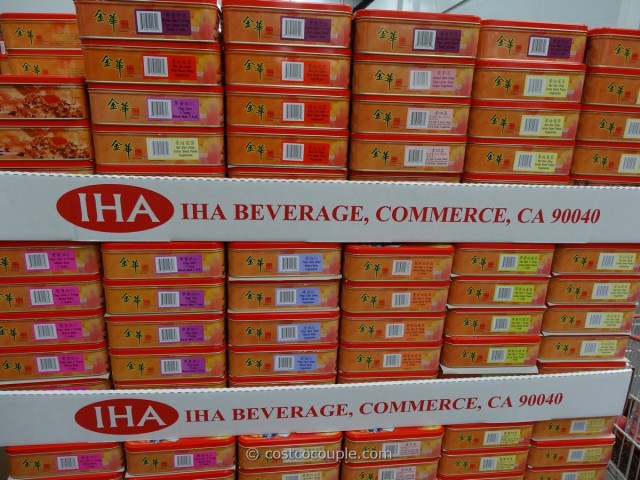 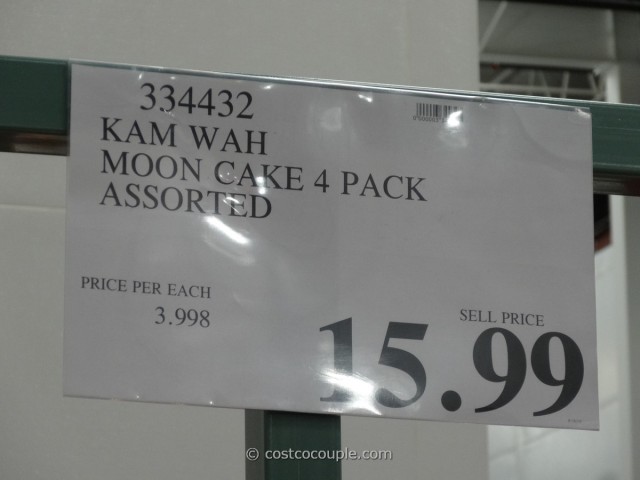 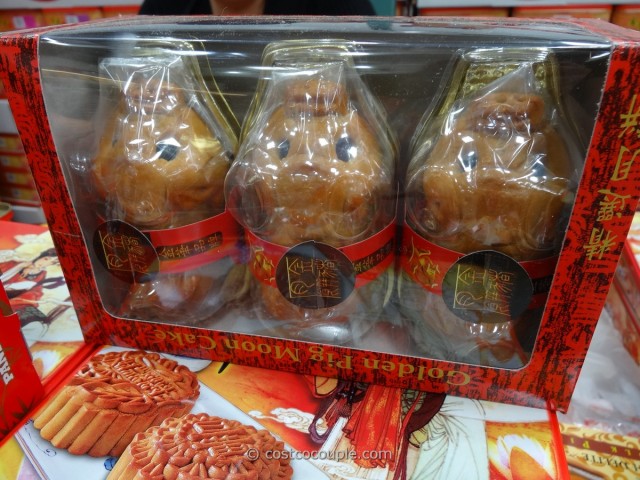 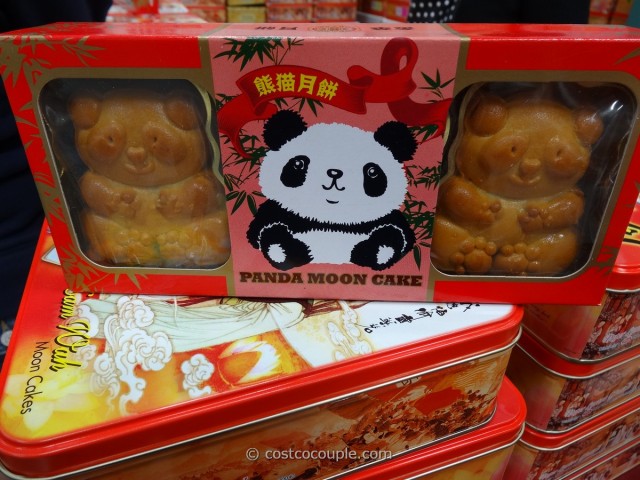 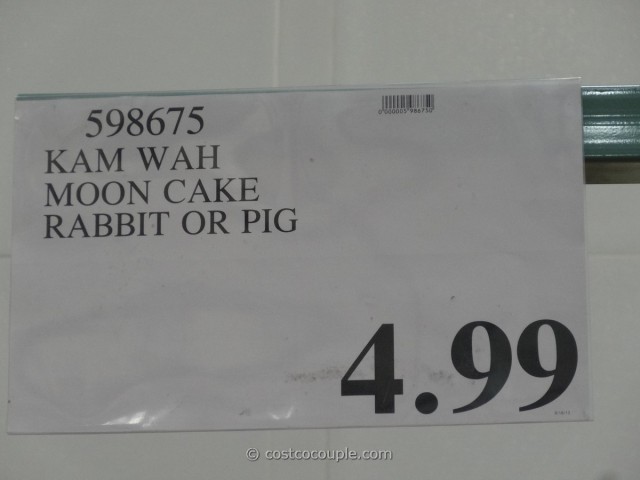 There’re 3 of them in the box for $4.99. We only ate one tonight. It had a lotus seed paste filling and was delicious. The panda is almost too cute to cut into… 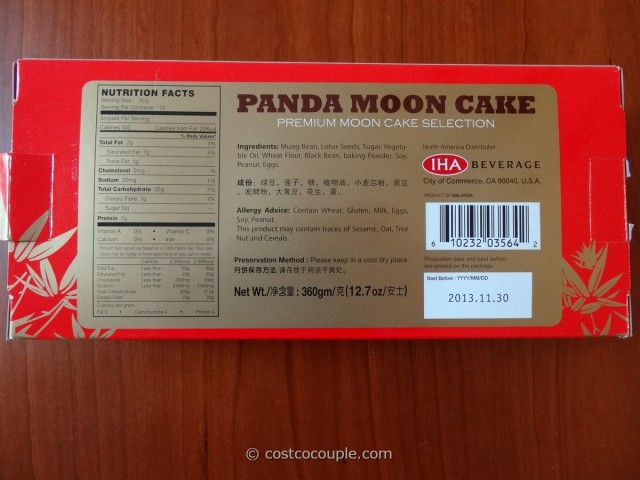 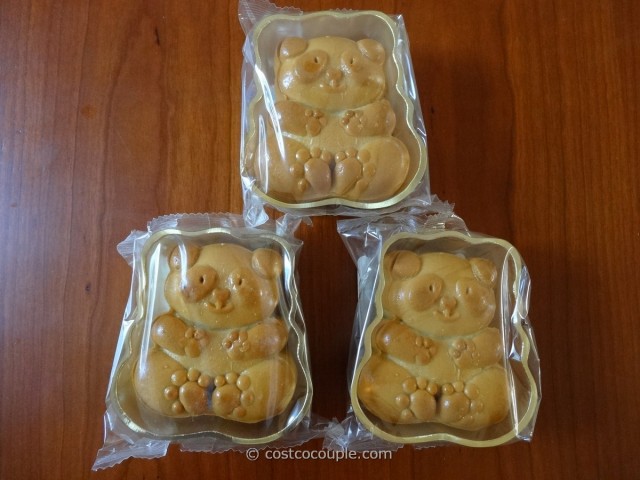 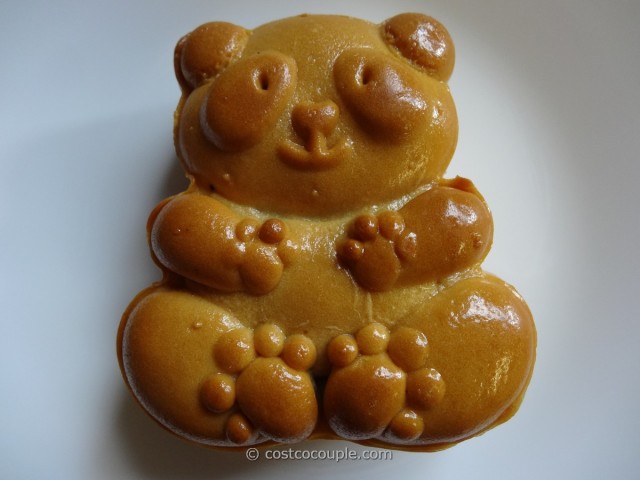 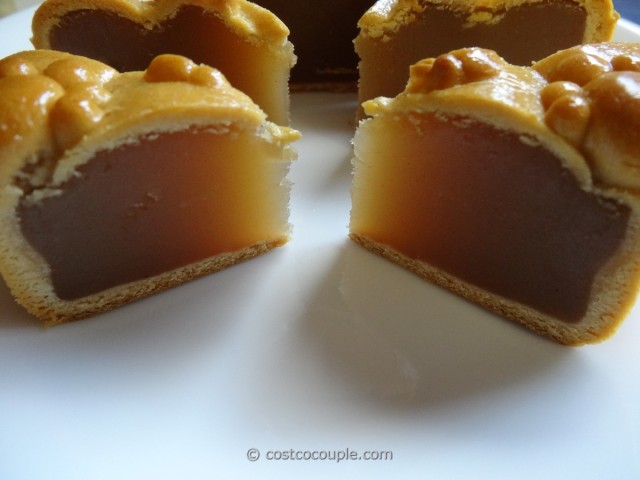