‘O’zapft is!’ or “It’s tapped!”. And beer has started flowing in Munich for the annual Oktoberfest. This year’s festival starts on September 21, 2013 and runs through October 6th, 2013. Have a taste of Oktoberfest at home with the Spaten Oktoberfest German Marzen Beer. 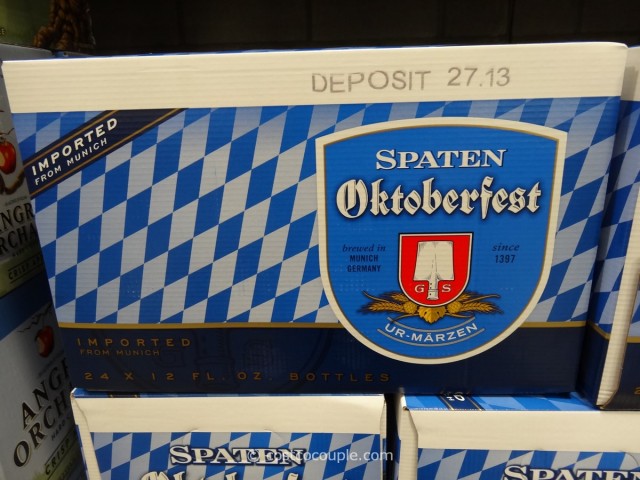 Spaten claims to be the “World’s First Oktoberfest Beer”. Spaten is Munich’s oldest existing brewery and has been in existance since 1397!

Trivia: Oktoberfest originally celebrated the marriage of Prince Ludwig and Princess Therese in 1810. Munich has a population of about 1.4 million and about 6 million people from all the world converge in Munich for Oktoberfest each year!

The beer is brewed in Munich, Germany. Here’s how Spaten describe their Oktoberfest beer on their website – “aromatic, savoury, gold-colored.”

The Spaten Oktoberfest German Marzen Beer is priced at $23.99. 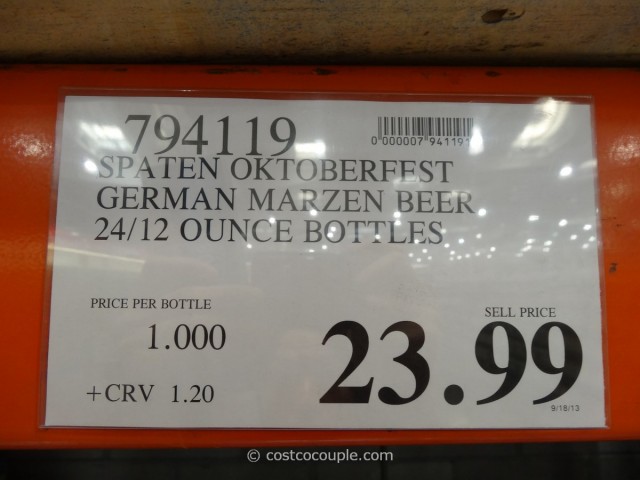