I stopped by Walmart to pick up some Burpee seeds and saw the Miracle Gro Moisture Potting Mix for sale at $10 a bag.

So at Walmart, the Miracle Gro Moisture Control Potting Mix is $0.22/quart.

So, for Miracle Gro Potting Mix, Costco is cheaper than both Home Depot AND Walmart! 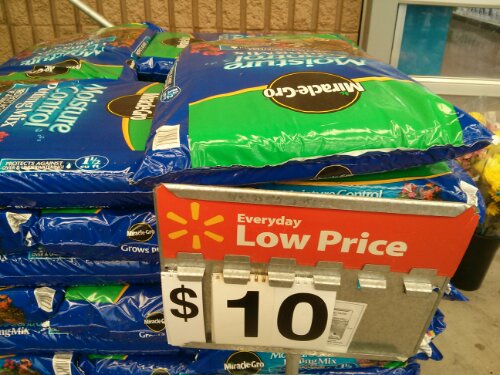 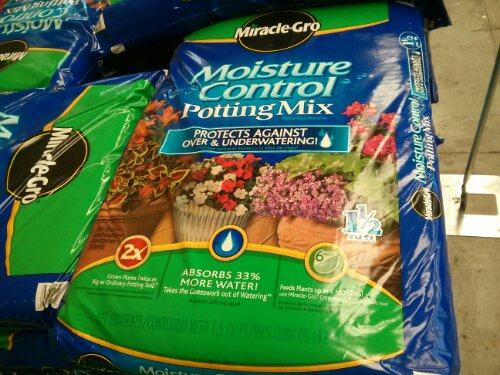 Costco doesn’t carry the regular Miracle Gro Potting Mix but Walmart does. It was $10.98 for a 2 cu ft bag… 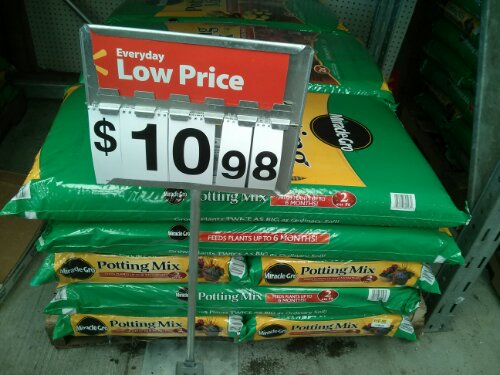 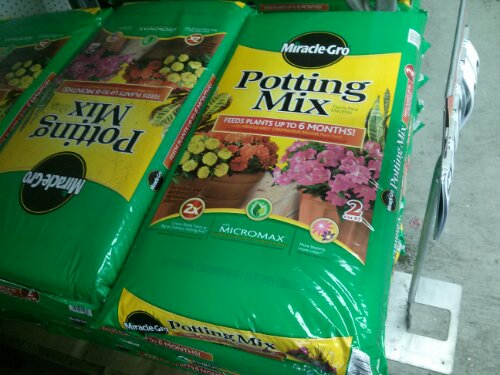