Besides their famous Bolani, the East West Gourmet now has a few other new items in the store including their Spinach Dumpling, also called Aushak. 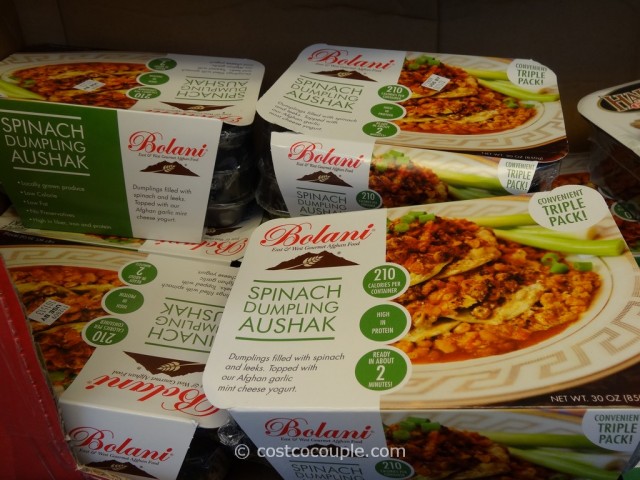 We got to try the samples one weekend. They were good so we bought a pack.

Aushak are dumplings filled with spinach and leeks, and here, they are topped with lentils and an Afghan garlic mint cheese yogurt. We’ve had it before at an Afghan restaurant here in the bay area called Salang Pass.

You can also think of Aushak as the Afghan ravioli.

These spinach dumplings are:

You can heat them in a microwave or conventional oven. They make great snacks or appetizers.

The East West Gourmet Spinach Dumpling is available in a 3-pack with 10 oz each. It is priced at $14.49. 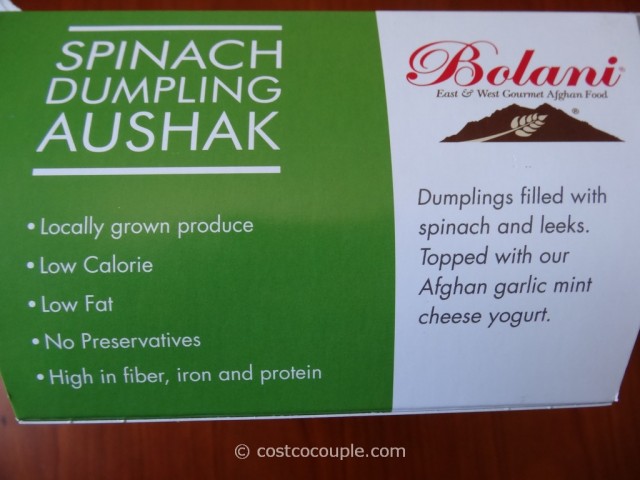 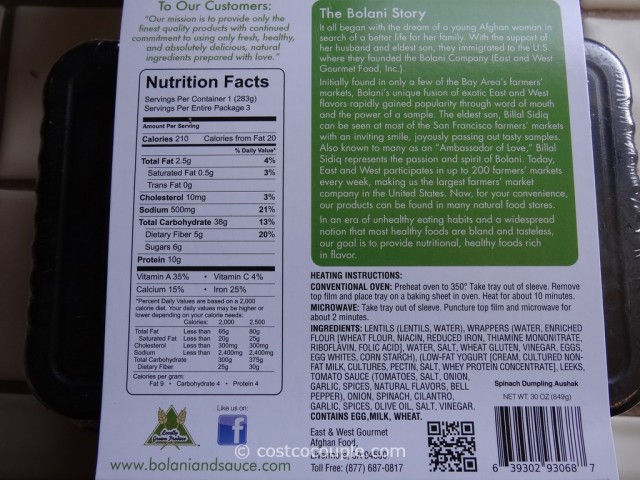 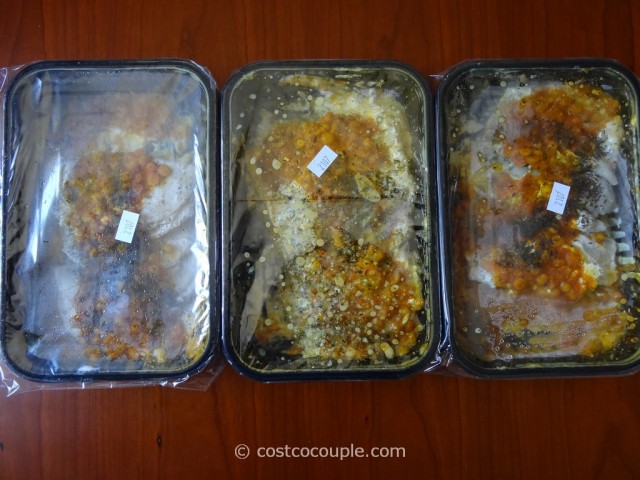 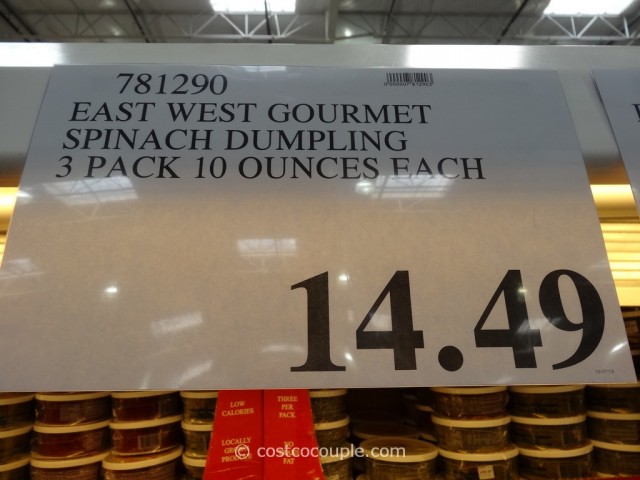