We bought one of these Sunforce LED Solar Motion Light about 2 months ago. After we installed it and it worked, we went back to Costco to get another one. But the item had disappeared. 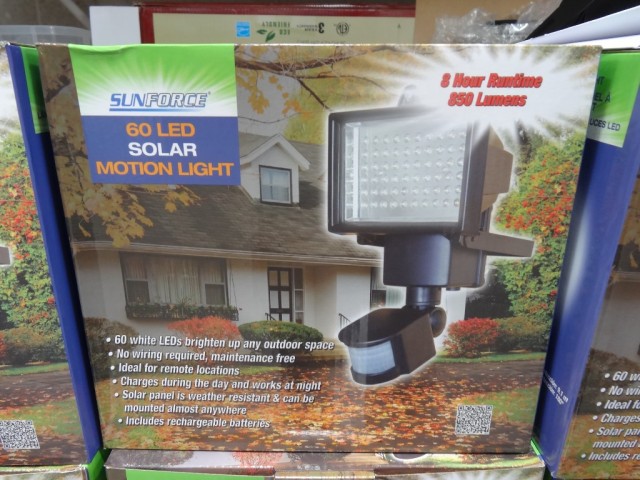 Two months later (now June), this item is back at Costco. Some of the advantages of this solar motion light are listed on the box:

We installed it in our side yard to hopefully deter some night-time critters. The light is very bright and white which is nice. The motion sensor does work.

It turns on for 2 minutes when motion is detected and then shuts off.

This unit is not meant to stay on all night. In fact, when we tried that, it only lasted a few hours despite being fully charged in sunlight all day.

So as long as you’re ok with it being strictly a motion activated light, then you probably won’t be disappointed with this Sunforce Solar Motion Light.

For some reason or other, it is being sold as a 2-pack for $89.99 at Costco.com! So don’t buy it online. Try to purchase this in your local Costco store. 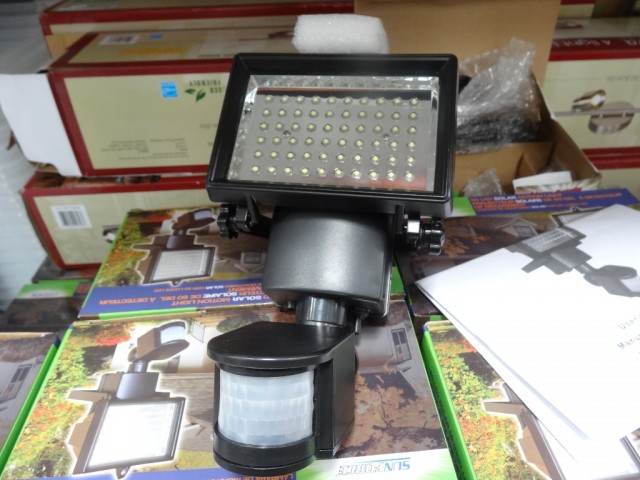 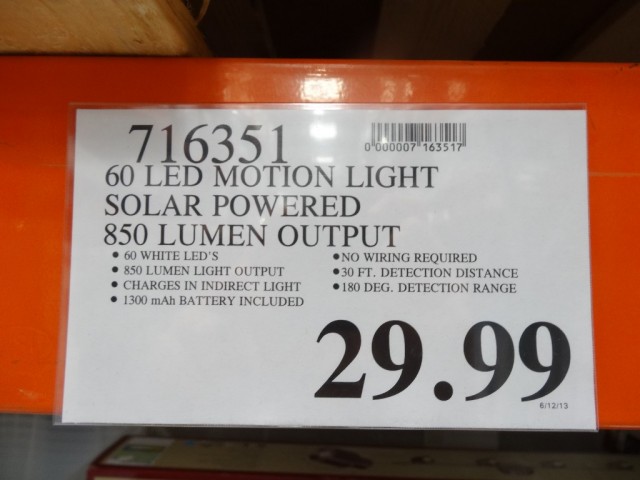