UPDATE 07/08/13: Please read our newer post regarding a Price Reduction for the Fortino Ceramic Planter.

We’ve bought various garden planters from Costco over the years . The style and color of the planters change from year to year.

The first is one that looks like a half whiskey barrel. But it is really lightweight because it’s made of high density resin. The size is ~ 22″ diameter and 16.7″ height.

We’ve bought one of those already this year. We plant Japanese maples in those. They’re nice and sturdy and hold up really nicely from year to year. From our experience, the cheaper plastic planters from Home Depot will crack after only a few years. These will not. 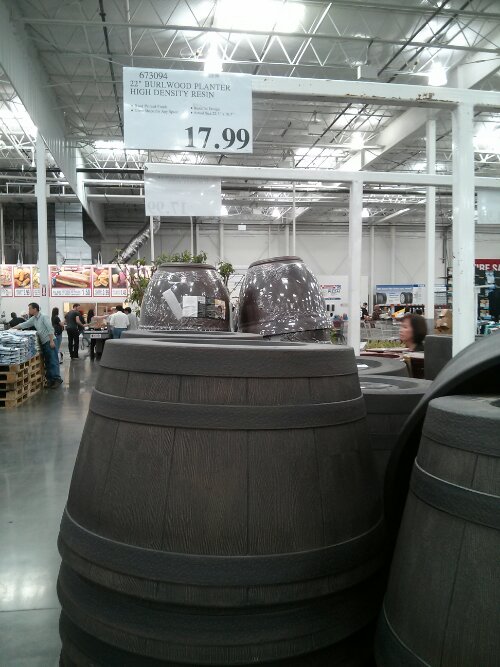 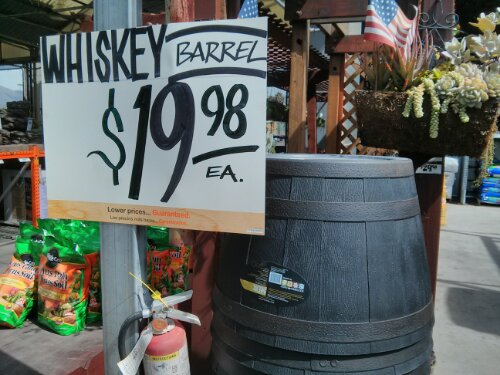 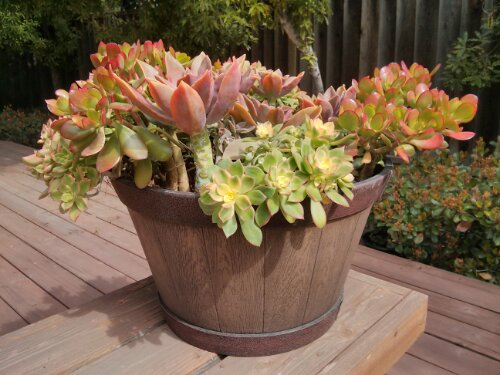 We bought one a few years ago from Lowes for $20. They’re great for planting succulents! We’ll probably get another one from Costco this year. 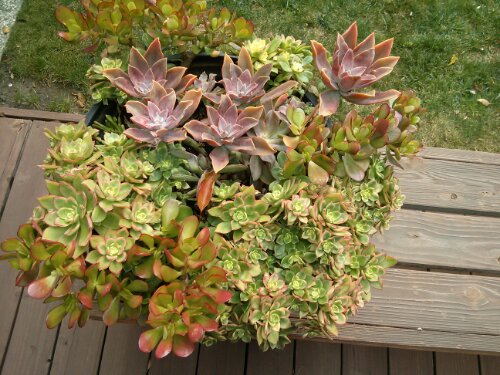 Costco also carries nice ceramic planters but they do cost more. As you can see below, this one costs $39.99. But I think they’re still much cheaper than at other nursery retail stores. 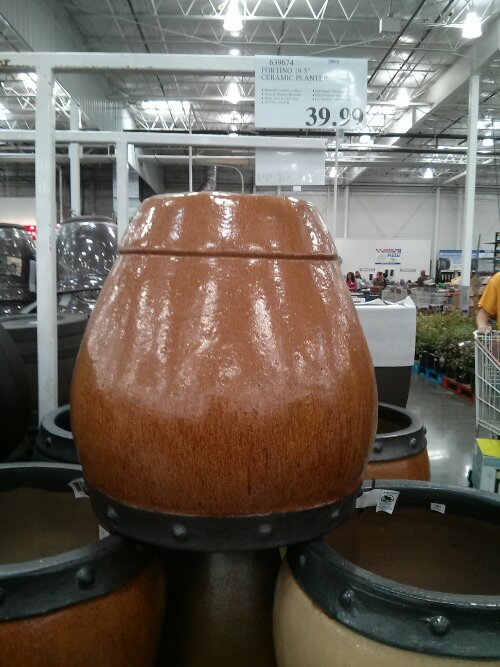